Some time ago I built a Three Fives Kit from Evil Mad Scientist, and a quick circuit which blinked one LED with a real NE555 timer, and one with the kit. 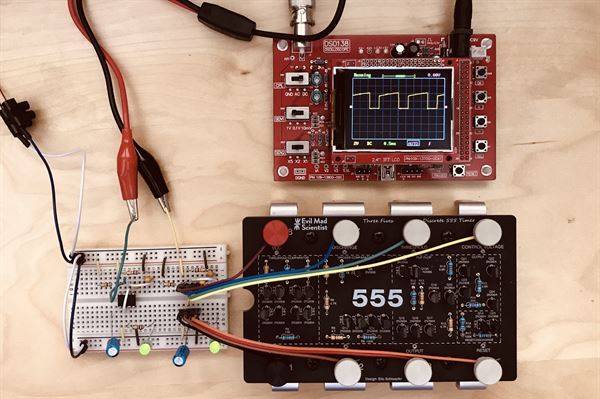 This has been sitting on some shelve in my office ever since, but I have always wondered whether I could clean things up a little... maybe building a PCB for the circuit.

So, I asked on Twitter what people would use to design PCBs, and the always helpful and super-friendly maker Matt Brailsford from CircuitBeard suggested I tried KiCad.

Downloading and installing KiCab is relatively easy, but then I quickly hit a steep learning curve. I started reading tutorials... but was, to be honest, going nowhere. And then I found the Getting To Blinky 5.0 set of videos by Chris Gammel from Contextual Electronics. To make it short, these dense videos have everything you need, in amazing details.

I will not, therefore, explain KiCad here. Watch the videos. Let's just say that you will end up with a schema:

The schema has two blocks, each blinking a LED with a 555. There is a switch that can be used to select which capacitor to use, to produce either a 500Hz signal (that can be observed with a scope) or a .5Hz signal (to see the LED blink).

A bit more work takes you to the PCB design itself: 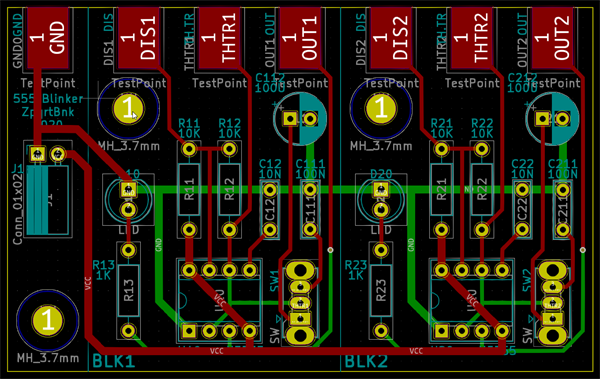 The top copper zones should make it easy to clamp the scope's crocodile plugs to observe signals, while the 555 areas will welcome chip sockets, allowing one to either plug a real 555, or the Three Fives Kit.

Next, the PCB needs to be manufactured. The recommendation was to go with OshPark which seems to have fewer options than, say, Jlc PCB or PCB Way— but that probably is a good thing as I could not understand most of these options anyways.

Delivery takes a bit of time, because the PCBs are manufactured by batches, but I eventually received this: 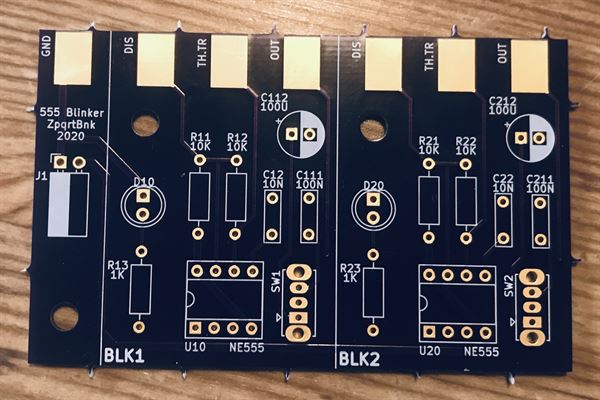 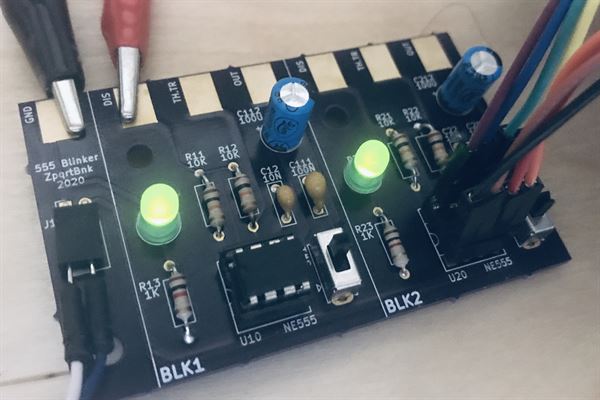